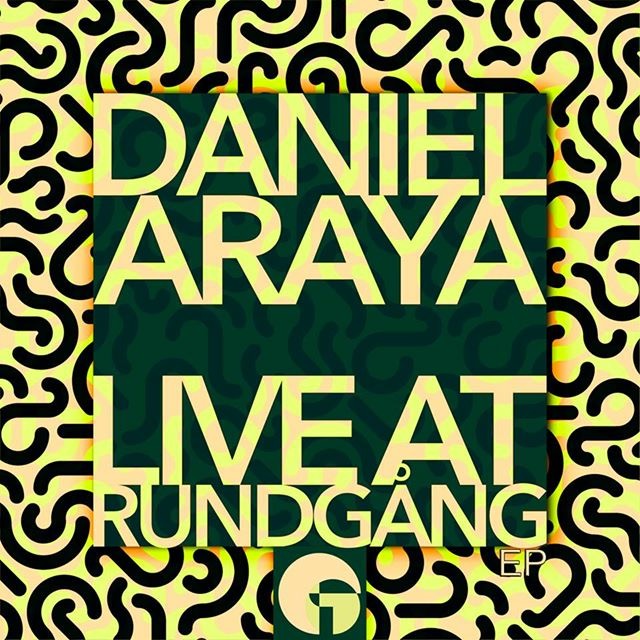 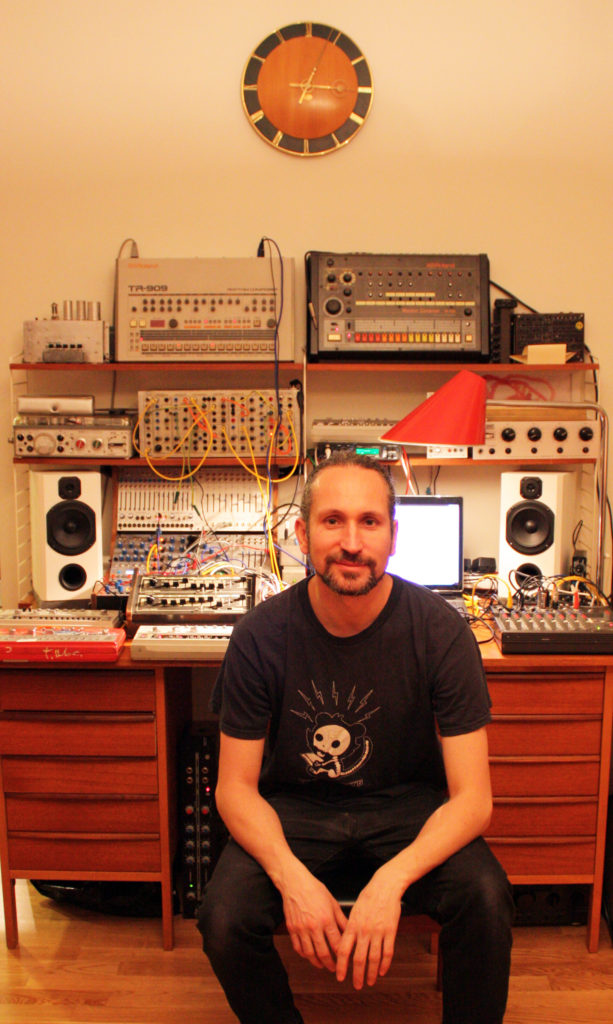 My name is Daniel Araya, I’m from the Swedish countryside originally but now live in Stockholm. I’m the studio engineer at state run Elektronmusikstudion.se and I have my own company where I build custom made elctronic and mechanics for art, sound and movie sets.
I discovered house and acid house around 1987 by listening to radio shows and started making music with an Amiga computer not long after. I bought my first analog synth (Korg 800 DV, still have it) in 1991 and began buying mostly broken synths and fixing them. I bought my first tb-303 bass synthesizer around 1995 and absolutley loved it, I have four of them now!

After I moved to Stockholm in 2000 I met a lot of nice and inspiring people and started playing quite a lot. I recorded stuff for my own use for many years but mainly played live at local parties and festivals and also helped run swedens best electronic music festival www.norbergfestival.com for a while. I have played mostly in Sweden but aslo occationally in Norway, Germany, Spain and the UK.
It is only in the last two years that I have really begun releasing records, I have tracks and EP’s coming out on a host of Swedish labels and this release on Family House is my first release abroad!
I will to continue making music and building/modifying synts, hopefully releasing more tracks and be able to play around Europe now and then.

I had a friend, Mark Verbos, over from the US and since I was going to play I asked if he could do it too so we had a lot of fun doing back to back analog techno sets.

The venue is a concrete bunker in the meat packing district sounth of town, you enter under a loading dock, very secret but super nice vvenue of a type that is rare in Stockholm nowadays.
My setup was a “medium” size rig for me, and consisted of 2xtb-303, tr-606 (with 808 bassdrum!), tr-707, Pearl Syncussion drum synth, Eventide Space reverb and an Alesis microverb II.
The gig itself was like all my gigs totally improvised, I never know what is coming out and I don’t keep notes but just go with the flow! The crew and audience was great and shout out to R.U.N.D.G.Å.N.G for the great recording of my set! (“Rundgång” means “feedback” in Swedish).

I listen to a lot of music, both at home and at work and I love getting tips from friends. I also go to a lot of gigs and festivals. Buying, fixing and building new synths are also a great inspiration, a new machine often leads to a new track, EP or even an album!

4. Which artists are you currently listening to?

It is quite a mix actually… footwork pioneer DJ Rashad, Swedish experimental act Maria W Horn (that I’m remixing), lo-fi retro whatever act CC NOT and a lot of Alessandro Cortini from the “Forse” series. And Paranoid London, great weird acid, just listen to their track “Eat Glue”!

5. Talk about your passion for Analog equip. ?!

Well, as I told before I got in to it quite early when I was still in highschool, we did not have any money so I could not buy any fancy digital synths at the time so I had to make do with old analog gear and tape recorders.

I was already into electronics and I found older synths to be quite easy to understand since they are quite simple. I bought my first synth, the Korg, for 100 SEK (10 Euro!) and I continued to buy broken and banged up stuff mostly. I almost never sold anything, just traded for other things that I wanted.
I still get new gear but I have almost everything I want. I just added one of my childhood dream synths, the Oberheim Xpander, what a beast! It will take some time but expect lush strings and pads in the future!
Sometimes I try to take the time to build new stuff or modify my gear to get my studio and live rig even better, I can spend unlimited amount of time on that I guess…easy to be distracted from making music but it can sometimes lead to new musical paths.

I maily improvise on my drum machines, usually ending up with sounds from two or three on each track and I run most of it through a Buchla modular system, it really makes the individual sounds come alive and generates some really interesting textures. I used that a lot on my Virgo Rising release “Hope” and sort of tried out that method.

In the end I think I make quite classic beats but I try to make small variations to the sounds we know and love!

I don’t use a computers when I play gigs but I recently started to use Ableton Live and I love it! It made wonders for my creativity but I’m not a very advanced user so I mostly use it as a really fancy tape recorder and multitrack record my synths. I use some plugins and trying to learn more but I find it a bit boring to try to learn a software that emulates somthing that sits just a meter away as original hardware! I would like to get in to MAX/Max for live in the future thouh, there are some crazy possiblilities with that software!

8. How would you describe your sound?

Very analog and not really minimal. I try to make more minimal tracks sometimes but I usually find JUST ANOTHER PERFECT SOUND that has to be in. Several times per tune. 🙂

9. What images and emotions do you want your music to invoke in the listener?

I want people to let go, have fun and maybe bea bit scared some times.

Take care of each other!