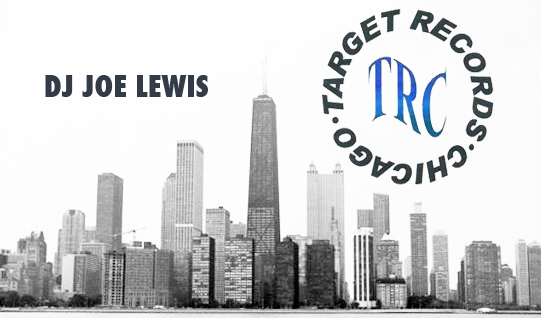 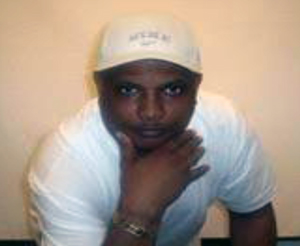 1. Why and When did you start to produce music?

At “The Loop Roller Disco Skating Rink”, I re-named it “The Loop Machine” where I was DJing and organizing pack to capacity house music dance parties by the thousands, every Friday and Saturday night, also booking other Chicago house music legendary DJ’s, such as, the godfather’s of house music “Frankie Knuckles and Ron Hardy ‘aka’ Ronnie”, the king of house music “Farley “Jackmaster” Funk”, Steve “Silk” Hurley, Mike Dunn, Armando Gallop ‘aka’ Armando, etc. I also hosted my very own bi-level house music dance club in Chicago named “The Jungle Club” and the rest was history.

2. Where do you continually get your inspiration?

I continue to and always will get my great inspirations from two of my greatest music influences: Larry Heard ‘aka’ Mr. Fingers and Byron Walton ‘aka’ Jamie Principal. 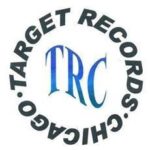 In 1981, I was fed up with a few of the labels here in Chicago due to their mishandling practices of money that I decided to venture off on a label of my own. I confided my greatest intention to a great friend of mine, the grand high priest of Chicago’s house music “Craig S. Loftis” who regularly DJ’d here in Chicago alongside the godfather of house music “Frankie Knuckles” about my decision. Craig thought my intention was an intelligent one, and in fact, he named my label and “Target Records Chicago” was now born.

DJ Joe Lewis is the president, C.E.O., and founder of “Target Records Chicago” since 1981, which was ideal only for me, but I decided to help or gather up a few other inspiring DJ’s and artists along the way, such as, Larry Heard ‘aka’ Mr. Fingers, Paul (Leighton) Johnson, and Melvin Meeks, just to name a few. That was one of the smartest and intelligent idea I have ever made.

4. Love Of My Own and Change Reaction EP seminal House Music Productions.

In 1986, The Love of My Own was highly anticipated due to my meeting with Larry Heard ‘aka’ Mr. Fingers, whom I meet through the help of his younger brother (baby fingers) back in high school. While in school, baby fingers, told me that Larry was his older brother, I was a non-believer.
One day, after school, baby fingers invited me over to the family’s house (within walking distance from the school) with great excitement and much disbelief, I accepted. At the time, I didn’t know what Larry really looks like or if he would even be there at all, but I was determined to find out about him anyway. I was soon invited to walk into an off to the side bedroom (of which was Larry’s) and there was a guy, who I now know as Larry, creating this wonderful masterpiece “Mystery of Love” for the first time being recorded, ever! I was mesmerized by the sights and sounds of his incredible work of art.

I was so amazed that I also created my magical masterpiece “The Love of My Own” a style I believe symbolizes Larry’s with a dream that he would work with me on this project and, in fact, he did. Two years later, in 1988, I simply wanted to create a house collector’s E.P. album titled “Change Reaction” of which it was and still is today a highly collectable E.P. album. This is one of my most sought after E.P. album, if you are very blessed to own one. The prices for this incredible work is sky rocketing high everyday and soaring from 3 to 4 figure sums on EBay, happy hunting.

5. Talk about Repress, Bootleg, your new record on Clone.

I believe repressing of great quality house music, such as, club music that receives much more radio play is a good thing. Not only does it help the DJ that could buy a brand spanking new copy to replace the scratched, worn out one that he or she banged to death in the club. It can help with fond memories, re-living, or re-birthing of those great house music parties and moments. It also will help the new generation, who may not have heard of this great style of house music played before or may not have known of this quality work of art from various artists, to further educate them about the making and the history lesson of house music, and to keep the house music culture that we helped build alive, because the newer generation is our future DJ’s and recording artist’s.

Far as bootlegging, I’ve been bootlegged once or twice before, nowadays, who hasn’t. I win settlements in or out of court. Just remember this; if anyone chooses to bootleg me for any reason at all ever again, without express written consent from “Target Records Chicago”, we’re going to come after you (all around the world) in a court of law, no excuses, period! With my approval, I have three re-releases that are out or either scheduled to come out in the near future on two of the most well respected labels, such as, “CHIWAX and Clone records”. The CHIWAX re-release titled “Chi-House” is out not, so go and reserve your copies today and the Clone record releases titled “Lost In Tracks” and “Change Reaction” originally released on “Target Records Chicago” in 1988, will be re-released very soon. All three of these re-releases were hard to find, but now will be a must have again and will continue to be a crowd pleaser as usual. They are very highly sought after and anticipated and will sell out fast, so don’t sleep on these beautiful gems.

The Chicago house music scene of the past is the “Holy Grail” and shouldn’t be compared to the Chicago house music scene of the present, which would be an insult! We shouldn’t even be comparing the two in the same sentence. That’s like trying to mix oil and water, those two will never mix. Just like this comparison, there is none! The past history of the Chicago house music scene was the originators, who helped pave the way for D.J.’s and artist’s, such as myself and countless others. They helped to create, form, and shaped this culture and dance music craves, that’s being felt all over the world today! The house heads here, we use to look forward to clubs in the past, such as, the warehouse (the original location), the music box, the candy store, C.O.D.’s, etc. We use to look forward to the greatest D.J.’s of all times, the godfather’s of Chicago’s house music and beyond “Frankie Knuckles and Ron Hardy ‘aka’ Ronnie” and the founding father of Chicago’s house music “Lil Louis”. No matter where these three D.J.’s / Artists played, ALL D.J.’s here (no matter how big or small their D.J. name was or is) came out to hear these three legends play every time, even me. We miss good, productive radio station dedicated to the game of house music such as, Saturday nite live, ain’t no jive, Chicago’s number one dance party, heard on 102.7 F.M. W.B.M.X. Oak Park / Chicago. We also remember there was a record shop that we all loved and supported throughout the many years of house (young or older people bought records here) “Imports, etc. records”.

The present history of Chicago house music scene is not being felt, loved, and respected in the same way that it once was. Although, the nightlife scene has been down and climbing up steadily, it seems to be going in the right direction now with the new breeds on hand: D.J.’s, Artist’s, dance venue’s, and even the record sales are on the rise too! We (Chicagoans) have to stick together much better to make this thing we love, call house music that we helped build, work again! We have to be the trendsetters from the past and carry it into the present (looked up to again) like we us to.

There are a lot of amazing drum machines, synthesizers, and sequencers out there, but there are quite too many to mention right now. As to the pacific gear I use, that’s for me to know and for everyone else to find out (very mysterious), one love and respect for the artist and the house music creation.

8. Which artists are you currently listening to?

While I have no favorites, I listen to every artist from around the globe that is very dedicated in making quality house music, especially those artists who use live instruments in their creations, such as I, and such as, club music.

9. Your best place for music .. around the world?!

Where I’m DJing (I’m back!), where the beat and the house music take me, to a well-advertised dance venue with thousands of patrons in an attendance, or a quality recording studio, anywhere around the world (I’m releasing new music).

10. Enlighten us on your dream project?

At the moment, I have no dream projects in sight (I’m releasing new music again!) I’m not a big dreamer, but I wouldn’t mind collaborating again with Larry Heard ‘aka’ Mr. Fingers or I wouldn’t mind doing a project with Byron Walton ‘aka’ Jamie Principal. I would be up for doing a project with DJ’s or artist’s, such as, Stacy Kidd, Glenn Underground, Sheree Hicks, Brain Pope ‘aka’ DJ Pope, Dmitri Bronson, and Elise Gargalikis, just to name a few.