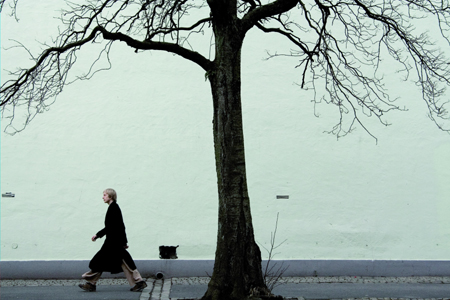 Bjørn Torske, male, born 1971 (Norway / Norvegia). Grew up on a diet of diverse sounds, but started off with a mix of Beatles, early jazz (1920’s-’30s) and different styles of pop and rock music. got plenty of rootsy country-style AOR rock from older sisters and their friends. Remember receiving the album SPACE by SPACE (w. the notorious Magic Fly single on) from my brother-in-law when I was about 10. Harder rock was of course on the menu, but was swiftly swapped for hip hop and electronic stuff during 1983-84. this kind of settled my musical taste, and I spent much time hunting what was available up in Tromsø, where I grew up. Started then as a radio-presenter in 1987, and this is where the foundation for both production and dj’ing is based. After this it went steady in one more or less pointed out direction, towards the first record release in 1991 and onwards, including many 12″s, LPs and of course dj-ing at numerous clubs and parties around.
I’m still on this track, but with a broadened taste in music, and I’ve been picking up of the musical era of my childhood, and started a more thorough research in stuff from the ’70s and earlier. Much of this is thanks to the growing eclectisism of modern ‘house’ djs, in particular our own djs Strangefruit, Rune L and Prins Thomas, but also of course Harvey and Idjuts. Yes and I even bought an album from Bob Seger the other day… so yes the future is hopefully not just looking up its own arse, but taking into the account all sorts of music. I favor music of old times, pre-electricity, and would really fancy an all nighter of plain pure acoustics, no amps or speakers…

Where do you continually get your inspiration?

From a lot of different elements of life, but mostly in the darker corners of society.. not only, of course. but in general society keeps a lot of seemingly insignificant secrets, stories, happenings, both tragic and uplifting. as for music as a source of inspiration, I like to listen to music of other times and places..

Which artists are you currently listening to?

Well listening to as in REALLY listening, I got to say a few special ones; Count Ossie & the Mystical Revelation of Rastafari, Moondog and also early Tuxedomoon. and obviously alot of the so called ‘Kraut’ stuff, Can/Czukay… and also Residents of course, and Snakefinger… but too many to mention really.

Well, I have a few friends in studios in the same building, these include Kaptein Kaliber (John Hegre and David Aasheim) and also Jørgen Træen (Sir Dupermann and Toy). These guys are involved a bit in my projects, as I am also involved in some of theirs.
Usually these collaborations are more due to coincidences rather than planning. We have similar interests soundwise, but approach the subjects differently. This sometimes creates a nice, but slightly tense atmosphere. Let’s say I’m doing a recording alone in my studio, and suddenly there’s a knock on the door. Then it’s like “please hold on a minute, I’m recording”, and then after a minute there’s a knock again, I open, and there’s John with a banjo asking if he can have a go. “But of course!” I say…

How do the crowds and club atmosphere different around the world?

When you really get a dancefloor going, it doesn’t differ that much around the world, in my opinion. Now I haven’t been around the whole world as such, but the greatest differences might be in socialising, who people are with, what they do before they go to the club, so forth.
I mean here in Norway we usually hang around somewhere, in a bar or at someone’s home, talking and drinking. Norwegians might get quite pissed even before they go out… Whereas in Italy for example, they’ll have a proper meal with wine, but drinking slowly, and then perhaps have a grappa or something in a bar before they go to the club. I think the difference lies in the way of preparation, but also in the aftermath of a long night. It often depends on the clubs opening hours, and if there are places still open when the clubs close.
But the most distinct partygoers are, according to my own experience, in Japan. As I’ve been there only twice, I can’t say anything very general about japanese clubbers, but I guess a keyword could be dedication. Both in the style of their own as well as the interest in and focus on the music being played. they seem very particular, but also openminded in the sense of musical taste. A great challenge for western djs, but very a rewarding crowd when you reach them…

What do you think about Disco era? And most talked Norvegian Disko?

HeHe the disco era never really stopped on my part. It was just transformed into different genres of club music, as I see it. I mean, listen to club music from the last fifteen or twenty years, and compare it to music from the seventies. It’s in many ways the same formula, but much more broken into pieces nowadays. As for thew norwegian part of the scene, I view it as a vital part of the euro-disco sounds, with a very particular Moroder-esque angle. I’m mainly referring to the Prins Thomas/Lindstrøm/Todd Terje gang, around the Full Pupp label.
But I believe Norway still has a lot to come up with. If you compare the disco scene to the jazz scene, there’s been a lot of stuff happening jazz-wise the last 30 years, a lot of great norwegian talent has emerged on the international jazz scene. I don’t know about the disco scene cause it’s still quite young. I think that it will grow more persistent over the years, with more talent hopefully joining in. Young fresh people always needed!

What do you look for in a beat?

Hehh… Well, I favour beats that are built around a good bassline, cause they belong together. This is usually how I’d do it myself anyway, like making a pasta dish, for me the pasta itself is like the bass, it’s at the base of a good dish. The sauce instigates the rhythm, and you’d choose a proper type of pasta for a special kind of sauce… They depend on each other. Like I’d take an Arrabiata sauce to be a rather hectic beat, and the penne as the steady, thumping bassline. Then, a mixed sea-food spaghetti plate is more like an improvised jazz piece, very dynamic, each mouthful a different experience. So I like almost any kind of beat, but it should be consistent with the bass.

Do you know “Cosmic” talk about it..

‘Cosmic’ that’s Baldelli’s style, I guess. Where I got the term from, anyway. I mean, there are quite a big spectre of music that could fit into the cosmic ‘genre’ so to speak, from Sun Ra to Steve Miller Band… I guess it’s all gathered in the spaced-out sounds that emerged through the seventies, the combinations of progressive rock music, funk and jazz. Maybe it really started with the invention of the Roland Space Echo?

It depends what’s necessary. I prefer digital equipment (computer) mostly for recording sessions, by that I refer to the recording of longer segments rather than sampling sounds one by one. I will for example throw in a metronome at let’s say 120 bpm, keep it going while I play some congas or other types of percussion on top, then afterwards I cut out the unwanted parts, usually in 4-bar slices, and build a complete rhythm track out of the remaining  ‘successful’ pieces. If I feel for a particular beat from another record, I would put this instead of the metronome, and then improvise over the sampling. and often in the end, I will remove the sampled loop, or turn it down in the mix, thus keeping the groove but in a dynamic exciting way rather than the static loop. Regarding analog equipment, I would of course prefer to record on a proper tape machine, but I don’t have the maintenance skills required to use such equipment properly. However I record drum tracks onto 1/4″ tape from time to time, cause it’s the best way to get the beats rolling.

Heard a lot of good about Ableton, although I haven’t gotten into it yet. I favour Steinberg’s Wavelab over anything else, me being a PC-man and all. I create most of my stuff using the multitrack editor. As for effects and plugins I favour very few of those, as I have some adequate outboard hardware. Not top of the list, but stuff with distinct sound, like a myriad of different delays and echos, some very nice spring reverbs as well as a nice dynamics unit. So that means if I record a completely ‘dry’ drum beat onto my computer, I usually run it out again afterwards, through the required unit, and back into the computer.

How would you describe your sound?

I quote myself from the MySpace page, “Coastal Dub Sounds for Kids”… might be appropriate to throw “Disco” in as well…

All your productions are very hard to find, are you planning new repress of your gems stuff?

Well, main reason for the stuff being hard to find is, I guess, because  the labels I’ve been working with have shut down one by one, thus leaving the master tapes in a void. I think of trying to collect them all, and then see if there’s a way of doing some limited repress. But this takes time and I’ve got so much new stuff scheduled, I’m working non-stop with new tracks, and also a lot of remixes. Or maybe I should get them out through the ‘Simply Vinyl’ series, hehe, I don’t know…

What images and emotions do you want your music to invoke in the listener?

I’m a vinyl man. It’s not really about me being old-fashioned and grumpy towards ‘new’ technology, it’s more in the consideration of what is possible to do according to sound as sound, not  just digits. Of course, operating a computer file is faster and easier, it will usually sound the same regardless of the source of equipment it’s played from. One must remember that the digital solutions of our time were mainly invented to economise space, to be able to move units swifter and cheaper. And that’s usually the point of djs ‘converting’ from vinyl to digital sound: the weight of carrying vinyl around the world, as opposed to carrying it all in a little rucksack, or pocket even, with the Ipods and stuff. I compare the difference as you would do with for instance foods, there’s a distinct difference between fresh and frozen fish. The fresh fish needs more care and consideration than the frozen, but when treated right the fresh fish tastes much much better. Don’t you agree..?

Your very old vinyl in your record case?

Well, what’s old then..? I recently bought a Folkways record from 1961, with different live field recordings of Afro and Afro-Caribbean beats, just beats. This sticks in my bag, it’s like a dj tool, very nice to mix in with more recent sounds to give it a little extra. But my bag will usually consist of vinyl from the last three or maybe four decades, quite evenly spread.