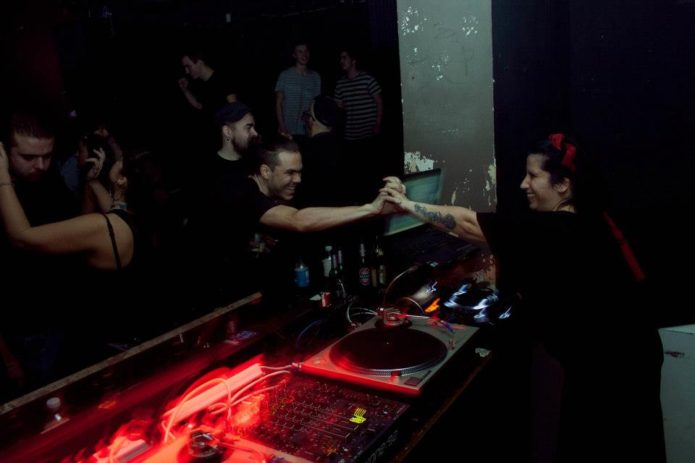 1. What is the significance of your label name, IDROSCALO DISCHI?

Idroscalo Dischi is the first independent label from the underground scene in Rome, after the golden age of illegal raves and free parties in the 90s.

Born 1999 as a collective idea and project of djs and producers in the area of Ostia near Idroscalo (where the poet Pier Paolo Pasolini was killed), started with a triple vinyl compilation (Smash Biotek) under my supervision and coordination, in terms of suggesting a new laboratory of industrial electronic unsounds and deep research of audible possibilities, with a strong old school attitude and a constant attention to new contaminated music, putting together well-known artists and new faces. 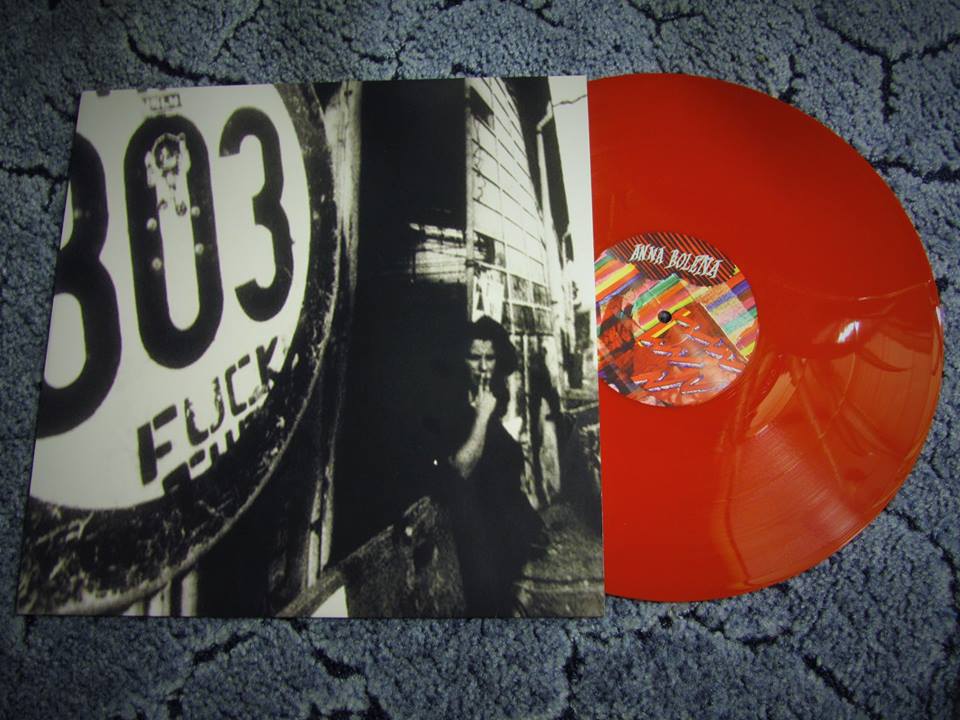 2. Tell us about your music, club culture background.

I was born from a 17 years old woman who played the piano 8 hours a day.
Classical music, pop, singer-songwriters, rock were the soundtrack of my childhood.
Towards the end of the 70ies I spent summer holidays at my grandparents’ house located above a nightclub in Sardinia near the American base at La Maddalena where every night black soldiers came in tight accompanied by beautiful women.
I slept on the floor upstairs with the ear stuck to the floor to listen to disco, funky and soul music. I remember the first time I saw the dance floor with coloured panels that were flickering, the stage with the lights…
For me a club should be decorated like this: no stroboscopic light, no smoke machine. Only soft lighting and velvet sofas.
From this background, beginning in the early 80ies, reading books not suitable to my age, breaking with the Catholic Church, loving cinema d’essay, with the attendance of homosexuals, junkies and drug dealers, Boy Scouts and sons of middle class fascists, music fans, punk, eccentric and fellow anti-prohibitionists, I started to listen to indie rock, dark, post-punk and industrial, attending events on Sunday afternoon at clubs where djs played pop selections and new romantic vinyls, dancing to underground bands who performed live: Litfiba, Diaframma etc.
By dressing in style as a new wave of anti-madonna of misfortune, I wandered the streets of a city of Italian province forgotten by the world, with the kids who attacked me with stones and adults who kidded me.
The heroin that is killing the poor and the rich. In a frame without hope and future.
In the end even this was black!

It is my passionate character who helps me, when I’m not lazy, to read books and to listened to all kinds of music.
I am a social animal, but also a misanthrope who loves to be alone.
I go from philosophical discussions of political systems to watching at American series on streaming for hours.
When I go back home at least two days after, or I’m at home studying for days.

4. Your best place for music.. around the world?!

Batofar in Paris. It was the first time I listened to my music with proper quality.

5. Rome vs. Berlin and your residency at Homopatik.

In Rome I took part in the student movement and later in an anarchist group related to squats net and extra-parliamentary left groups.
The soundtrack of the time was made up of rap, combat-rock and punk.
I organized events in collective financing for the antifascist campaigns with bands of the alternative circuit.
With these experiences I started to attend the very first rave parties on the outskirts, organized by exiles of the “Centri Sociali”.
I started to dance to techno, then to organize free parties with the usual DIY.
One day that a DJ was missing I occupied the console to a rave powered by a couple of little friends who encouraged me.
I spinned, acid German, English IDM, Industrial Roman.
This illegal rave was a historic moment that marked my life in a decisive way, first as the only girl in a group of young DJs, then as a person who pushes her curiosity towards goals and unexpected horizons.
However in 2004, after this wonderful season, delusions and rages, the birth of my label, the beginning of sound production, I moved to Berlin, town that I knew already for years.
I learned German and I took a break from the parties; then fate liked that I started again to organize parties.
The underground parties named in honor of Fassbinder “Beware of a Holy Whore” has attracted the attention of a very young Mr. Ties who already knew my adventures in Italy.
I set up a featuring with the baby Homopatik.
And I started to crack this other adventure that led me to take care of booking once again, to set up a techno room with a mix of  complex and varied public, to now where djs can do 10-hours sets in a floor alternative to techno and house, playing all music from classical to industrial, pop to folk, from jazz to latin music.
I’m interested in a constant and radical social experiment, where sound aims to take even the young generations to approach music in a global way, curious and passionate towards the sound. With a little help of punk attitude, with not much attention to the beat-matching.
I firmly believe that too much technicality is killing music. Sometimes the atmosphere on the floor is the one you could find in ballrooms at the times of foxtrot, sometimes it resembles the one of the Cuban arenas with everybody dancing salsa. Music can sometimes start a rave party, sometimes be chilling, a bit sexy and sad!
Mancuso docet! 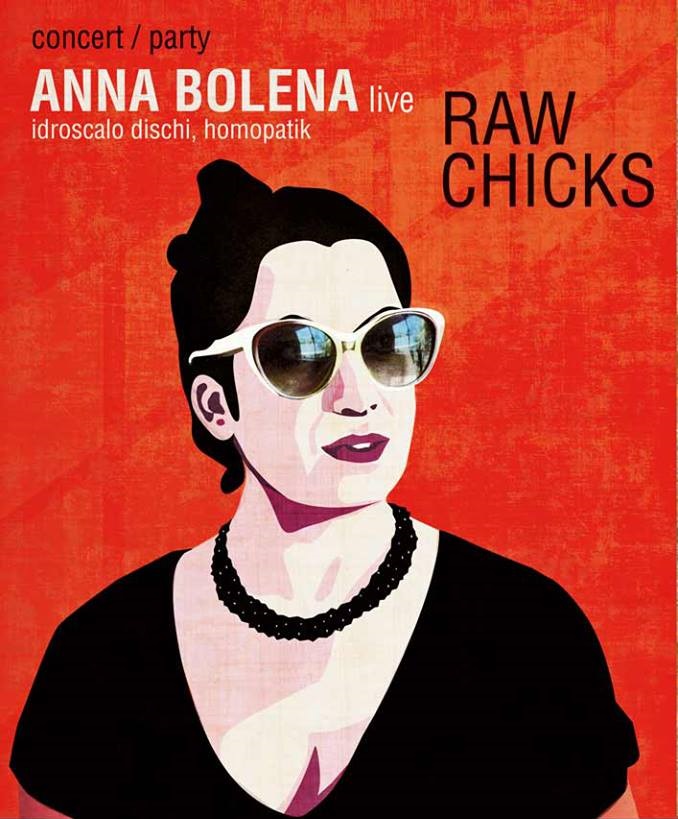 6. Talk about the future of sound, music, rhythm ..

Modern electronic music leaves me quite disgusted!
We live in an era where the worst taste reigns! Speaking about techno…
Why should I have to buy a techno tool vinyl? It is not music, sorry!
We are witnessing the relentless death of the artistic direction at clubs, replaced by a convenient choice of artists through promotion agencies.
Young people are only buying  records that are recommended by the usual sources of information, including label managements, even the alternative ones, that should make a difference, promoting all the same shit.
If we keep on considering Techno music as a product designed for a niche market, but with all the traits of a commercial genre, the dance music meant for quality and authenticity will only be the old school.
Stop thinking you belong to the underground scene when you are searching for the jump to the golden world of mainstream entertainment.
PLEASE GIVE UP talking about the golden 90s.
Techno is not comfortable! Try and release new good stuff if you can, leave the shortest way, study music, her esthetic, ethic, and culture. Try to be free and innovative!

Synthesizers, Sequencer, Computer, Vinyl, Tapes, etc.
We need 100 lives to know all of the features of these instruments and tools.
Only one question.. Are we speaking about music?

9. Which artists are you currently listening to?

Past is our present! Future does not exist!

I’m pretty bored by discussions about genres in music and about some Manichean rhetoric on digital and analog tools.
I am waiting to hearing deep and smart conversations about music, instead of seeing DJs and musicians that are mainly interested about posting on social media their gigs, rankings, charts and gear studio pics.
Some even posting youtube videos with an approach like “How cool is that music that I just found out” and maybe it is AFX or Test Dept., just to make an example.
Being innovative is not something that you can learn, you either have it as a natural inclination or it is just fake calculation.
All you need to have is a sound that must be convincing but at the same time it should not give up a key aspect which is that of quality and experimentation, aspects that have nothing to do with the needs of industry.
A record that sells, it’s not necessarily a masterpiece.
I’d like to feel for a moment intellectual honesty and political consciousness.
Replaced over the times by triteness and shallowness.
Music is art. You have to understand it and evaluate it. You have to study it and learn it.
A DJ needs to know first of all how to play vinyls, but a DJ also needs to understand the difference between analog and digital.
Being involved in new technologies is crucial if you want to talk to new generations, otherwise you are just a mere conservative, you end up being stuck and useless.
A DJ who has no passion for vinyl, I’m not talking about fetishism, but who does not buy vinyl and does not play it, I see him with suspicion.
It might be a prejudice, perhaps, but choosing the easy way is not my style.
A DJ, or an electronic musician, has to be brave both in the choice of music and of instruments.
I’m very lazy, however, I constantly try to acquire more knowledge and understanding.
I learned a lot by myself. I constantly need to customize my own growing path. But in the end it’s me in front of my artistic choices. This I cannot delegate. But if you want to take on electronic music, you must also know classical and electronic music.
The story of music esthetic is an endless and beautiful subject. For me, to know who was here before me is part of an intimate and personal process, that I can not give up and here I’m not lazy anymore. The character of the DJ is an overrated one, basically you’re just someone who puts two tracks together.. We are maybe underestimating good manners with colleagues, respect for the public and, very important, passion for music. Sigh!!!

To me, playing means having fun, rock the floor and make a difference! Anna Bolena 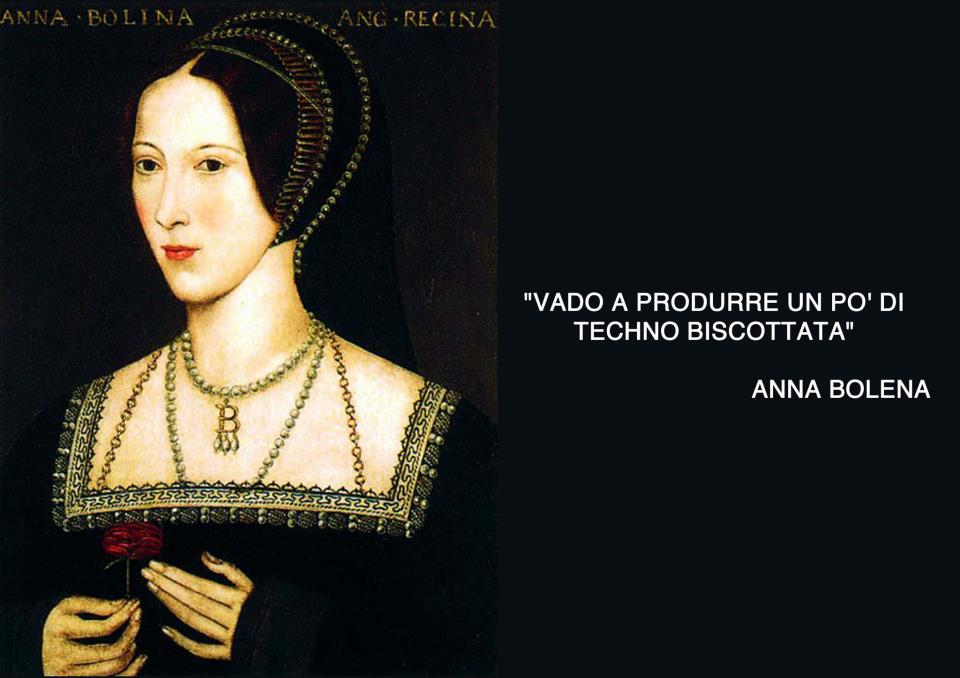 ://about.blank has become one of the leading clubs in ‪#‎Berlin‬, gaining notoriety in part through the infamous Homopatik parties, founded by cult icon Mr.Ties. Many of the parties here run from ‪#‎Friday‬ night till ‪#‎Sunday‬ night, and it’s usually during the day that these parties are at their best. The garden is leafy with a great dance floor, good sound and lots of little nooks to explore and hang out. You’ll often find some of the top ‪#‎DJs‬ in the world playing, announced or unannounced …
https://thump.vice.com/en_au/article/baron-castle-guides-us-through-berlins-open-air-parties